A Pizz With: Corporate Lingo

Atlanta rising star Corporate Lingo has been making waves in the past year. I first heard about him when Yung Ghoul dropped his Volume One album and realized that he mixed every song on the album. After looking into it I realized Lingo himself has some really amazing tracks. One listen of GO! GO! GO! had me mesmerized and I knew he was going to make nothing but hits.

What’s the story behind the name Corporate Lingo?

The name was definitely an evolution. Well before I was Corporate Lingo I was just J Lingo, and I had a bunch of nicknames before that that were kinda my rap names but I progressed from J Lingo to Corporate Lingo when I graduated and entered the corporate environs.

So when did you start making music? and was there specific people you started with?

I’ve been playing music since I was little, got my first nylon string guitar when I was 6 y/o and played in bands all through high school playin like rock and jazz mostly. I just did poetry and played like folk guitar with a band when I moved to Georgia in 2013, when I got to Atlanta I met Doud and he pressed me to get on beats for a while until I finally did it. That was when I lived with the band King Guru and I would freestyle over them practicing in the living room.
Oh ya and that became Gypsy Thug that was my first hip hop project, me and King Guru at first then it became just Doud and I.

So after Doud and King Guru how long did it take for you to decide to pursue rapping and get to your first show?

Hahaha well at first Gypsy Thug was just King Guru Plus me and that would be the opening act to their shows. That was with nothing recorded, I just freestyled every show to get the crowd goin for King Guru. Then Doud and I started recording my freestyles over his beats and that’s what Gypsy Thug became. Our first shows were like house shows we would throw or small things around Atlanta for a while.
Shit was very fun, Doud would play the drums and switch to saxophone and we would run the instrumentals of the tracks for me to rap on. People really liked Gyp$y Thug shows cuz we brought out a lot of features and friends it always felt like a party.

Seems like you did a lot with Doud and King Guru. Did you meet them at school or at other shows?

I met them all at school actually. We would all chill on this one patio on campus to kick it everyday… That’s really what started Patio Mob as well. We all played music out on this patio cuz we would all get noise complaints in the dorms. We didn’t even think of the name Patio Mob people just started calling us that cuz we were rolling deep on this one patio.

Who’s all a part of Patio Mob and what are their roles?

Patio Mob started as just a big collective of artists of all kinds, I was the curator of the group for the most part, running the old PMP website and helping organize shows, making sure all the shows had audio and visual components with bands and artists, getting everyone a place to chip in.
There were so many roles and none at the same time, everyone did their own thing and we all helped each other. Clark from KG (and now Safari Williams) could fix anything, Doud knew how to use all the programs, everyone played different instruments.

You’re crazy talented to be able to handle all the audio/visual as well as rapping/production. Did you go to school for this or is it just what you picked up from Patio Mob and friends?

No none of us went to school for this, we all just learned it from each other. Everyone had a different piece of the puzzle!

Around what time was this?

Y’all dedicated to be going to school and pushing music at the same time. Everyone has different sounds for sure but how did your style come about? Who are some of your influences?

My style has become more refined as of the past year. I think I just honed in on the energy and having fun with it that’s what my music is about – having fun.
I think some of my biggest influences sonically are DMX, Rage Against the Machine, The Mountain Goats and The Exploited. Those are some artists that I was really learning from at tipping points in each of my genre phases and they all contribute to how I make my music now in weird ways.
Old Gucci and Young Thug are also huge influences of mine, MikeWillMadeIt is my biggest production influence and Death Grips!

Yeah music should always be fun. I think Atlanta has one of the most energetic and expansive scenes. Your influences definitely show up in your sound now that I’m thinking about it.  Outside of Patio Mob, who else in Atlanta do you like to work with?

Mannnn so many people honestly too many to name!  More recently I have been making tracks with Yvng Zoot, RobOlu, Ziti, Hanzo, Dylan Elliott, Blacky Tom and Xeno. I have been collaborating on beats recently with more people which has been really cool.
When TCURRYYYY pulls up he makes me make the best beats he has the best energy in the studio. Real rockstar shit.

I expected you to say a bunch of names because I remember a track that had like 12+ features on it. I think the track is deleted now but how did that song come about?

Noo it should be still up, and it had 32 features on it! PMP 32/32 was a project that came about cuz I was workin wit so many people at the time. I just wanted something to have with everyone on it , and I found that the largest professionally produced American rap song was a crazy remix with 31 people so I shot for 32

Yeah that song had some crazy features on it! What are some dream features/collabs you’d like to do?

Damn I always wanted to make a song with Dolph he is a huge inspiration as well and I always thought we could make a crazy track. would also love to work with FatManKey, Chxpo, and ChaseTheMoney.

Honestly all of those seem possible! Knowing you at least one of them will happen in the future. What can you tell us about projects that are currently in progress?

I have a few projects that I’ve been working on all summer I’m really excited to wrap up, its called BLINGO! and it has a lot of energy, very corporate stuff.
Me and Zoot have a bunch of songs coming out and I got a ton of singles I’ve made with a ton of people that should be getting premiered soon by blogs and such.

I met Boothlord as a friend of a friend, he came over to the first Patio Mob crib for a party I think and crashed on my couch. A few months later I went to see Yung Lean at Masquerade and saw him again and that’s when I met Louie for the first time after the show, that’s back in 2014. Louie ended up moving into my house the next year and we been chillin ever since.
Hanzo I first saw at a show that I did with AyePlus at the Sewing Room… thtcrm was an opener and I remember thinking who the fuck are these kids! Cuz they went so hard. Didn’t talk to them that night but I ended up playing another show with thtcrm and 6 dogs a lil after that and started chillin’ wit’ Hanzo like every week.
Wow hahaha ya this was the flyer.

Yeah I see your name on everyones site! Don’t think Ive seen anyone navigate around and push their music so hard before. I’m definitely excited for whats next.
I’m pretty much all out of serious questions so ima toss some silly shit your way.
What would you do with 3 wishes

Lmao I love it, the hustle is real I didn’t always used to be this way but I realized shit wouldn’t work unless I turned up the energy and turned up the heat. Shiiiiiiit 3 wishes?
Is there rules? Cuz I would prolly go for more time and more money then wish for more people biking, cuz people don’t get how scary it is biking in Atlanta / Georgia if they did it more maybe they would slow down around us.

Yeah those wishes work man! Its definitely scary out there biking – people are rallying out here in DC to make it safer as well
Outside of music what else are you interested in?

Ayeee shoutout I’m actually from DC, there’s always someone rallying about something there.
Outside of music I love the outdoors, just being outside is the best. I love camping and rock climbing if I can get outside of the city.
Of course skateboarding and biking around the city is also super fun, I used to paint a lot but have replaced that with more music more recently.
I just like makin’ moves with friends that’s all life’s about really

Hmm my favorite movie gotta be Office Space now cuz of its relevance..
My favorite book is prolly Brave New World, I think it foreshadowed a lot of very real problems we will face moving forward.
And my favorite album? I have a couple

Rage Against the Machine – Live at the Grand Olympic Auditorium

Before we wrap this up is there anything else you’d like to say? Any shoutouts?

Definitely want to shoutout all of the incredible artists in Atlanta that pushed me to work harder, and everyone who’s got a day job to pay for their shit while they’re still workin on the music. Everything comes with time and we all gotta do what we gotta do.
Again there’s too many people to name, so much love out there. Shoutout to all my Danger homies, Larry Leagu, shaineon, 6dogs, thtcrm, Liamette, Dylan Elliott and ATL Grandma. shoutout FatheReg and Casey Doran for always shooting my cover photos, shoutout my boy AyePlus for being with me from the jump. Shoutout Elijah (Idgnfs) for the “Solo Quiero” video that got us more traction, shoutout Trashcan and Yukon’s for puttin’ on as bands, Lil Scarlett for always being there for me and of course lord Sakima the CHIEF for being a real guide to me.
There’s really so many more I could start with everyone on 32/32 but I just wanna thank everyone. I really wouldn’t be here without so many people constantly inspiring, guiding, and believing in me.
And I appreciate you guys for the interview! It was very #corporate I had fun:)
BLINGO OTW keep it fuckin’ corporate

Thank you so much!! You were hella thorough we appreciate it.

Im really a talker hahahahaha if you don’t stop me I could talk forever. Again thank you guys I really enjoyed the questions, you made me think back to some great times! 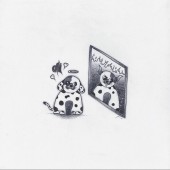